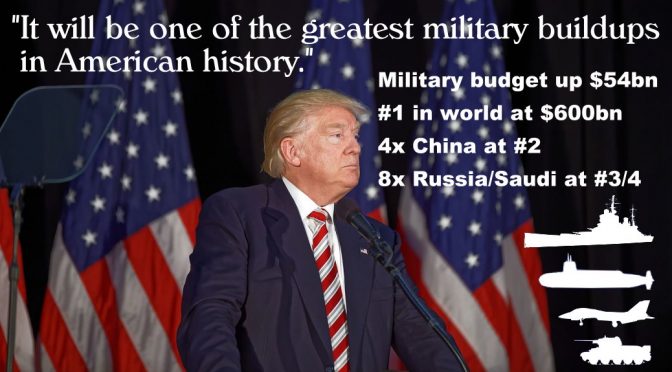 Military $ Up, Foreign Aid Down

Donald Trump wants to spend $54 billion more on the US military, whilst cutting foreign aid and environmental policies to pay for it. Sadly, US surveys during his election campaign indicated around 55% support for this policy. He would do better spending $54bn on education and integration. Meanwhile, over 120 retired US generals and admirals wrote to Congress urging it to maintain diplomacy and foreign aid which has been labelled as “bloat” by some Republicans and could be cut by up to a third.

“This is a landmark event and message to the world in these dangerous times, of American strength, security and resolve…We must ensure that our courageous servicemen and women have the tools they need to deter war and when called upon to fight in our name, only do one thing: win.” – Donald Trump 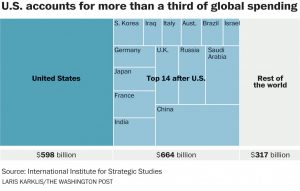 The US already spends around $600bn a year on the military and department of defense. That figure is equal to the next dozen nations in total, dwarfing even China’s $150-200bn, Saudi Arabia’s $80bn and Russia’s $70bn. In fact, it spends over 40% of the world’s total military expenditure, making it the world’s military policeman or soldier. America has around 5% of the world’s population but nearly 50% of its military power, in terms of navy, missiles and expenditure. Only Saudi Arabia spends more proportionately, around 10% of its GDP, often buying from American suppliers.

America has around 5% of the world’s population but nearly 50% of its military power, in terms of navy, missiles and expenditure. The US Navy is bigger than the next 7-10 navies combined. Only Saudi Arabia spends more proportionately, around 10% of its GDP, often buying from American suppliers.

Does America not realise that it is its interference in world military conflicts that has precipitated some of the terrorist response. It’s time for superpowers to put their guns away. It’s time for more foreign aid, not sovereign raids. 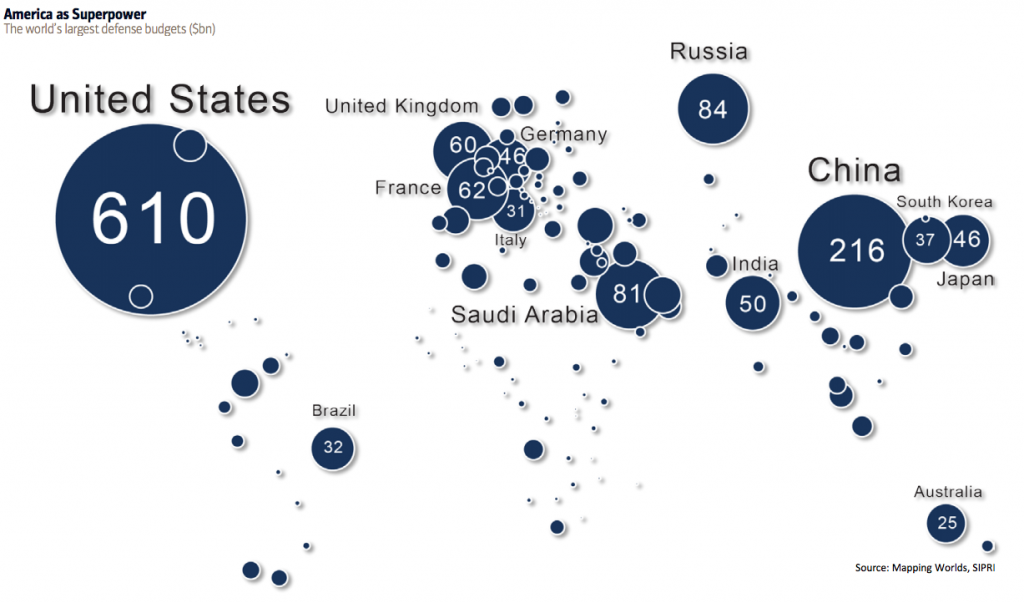 Bernie Sanders, like Jeremy Corbyn in the UK, wants to see the nuclear deterrent reduced, and spent better elsewhere. The US spends twice as much per capita as the UK on Defence, indeed the proposed increase is equivalent to the entire UK annual military budget.

We spend more than the next 12 nations combined on defense. We should be investing more in our people, not the military industrial complex. https://t.co/TqM3gNJcR7

Trump has also said that he will “obliterate ISIS” and his language sometimes sounds like he could quite possibly go after Iran and North Korea at this rate.

He sees wars as something to win. He would do well to remember the Duke of Wellington at the Battle of Waterloo:

“Next to a battle lost, the greatest misery is a battle won”.

The last time a Western leader presided over such a large military expansion it ended in the Second World War, just what does Donald Trump want to start? Appealing to the hearts of Republican traditionalists who want a strong America won’t feed, heal, educate, or inspire the minds of its citizens, Democrat or Republican.