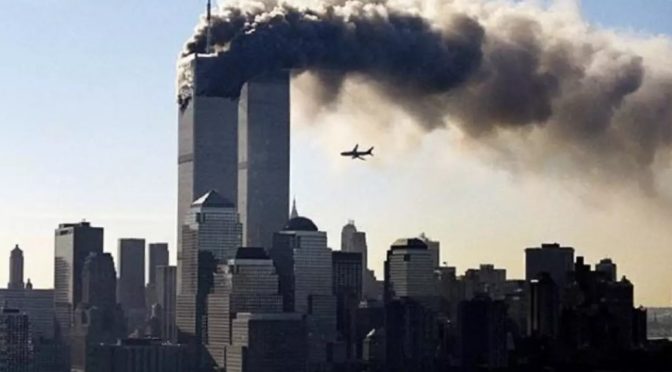 Extremism struck again this week as Muslims at prayer were targeted in Christchurch, New Zealand. The perpetrator, nay the fundamentalist terrorist – let’s give him his proper name, cited numerous influences from Anders Brevik to Brexit in his manifesto of hate. His anti-invader/immigrant mythology also appears in ‘softer’ form in everything from ‘Make America Great Again’ to anti-migrant and refugee sentiment, the bolstering of borders and building of walls. How are we to instead build bridges between those that disagree and resort to extremism to put down their perceived enemies of the state – whether one that is built upon religion or race?

The ideological language of the Christchurch killer conjures up the false idea of a Muslim invasion targeting the white Christian majority. Immigration is seen as “invasion”, as a “swarm“, “plague”, “flood“, “army”, the language of infestation and threat, when the majority are refugees and migrant peoples armed with nothing more than a determination to survive.

“…representation of immigrants as ‘folk devils’ – a term used by Cohen (2002) to define those who are portrayed as “outsiders and deviants” by the media.” – Zvi Oduba, ‘Media discourse on migrants’

Newspapers in the US ran with similar language and #StopTheInvasion with regard to South and Central American migrants. Nigel Farage and David Cameron described Calais migrants as a “swarm”. Conservatives, UKIP and Leave have played up the fear of invasion by using pictures of queues of migrants and refugees for electoral gain. We need to express solidarity with migrant peoples and Muslims, not create a hostile environment for them. We need to “change the narrative“.

Who can forget the Twin Towers? The 9/11 World Trade Center attacks in 2001. Everyone remembers where they were on that day. I was watching television as the channel interrupted to show near-live footage of the terrorist atrocity. The prominent and powerful symbols of freedom, capitalism, the US (the ‘Great Satan‘),  and the West itself, disintegrated in mere minutes as if they were the parabled house built upon sand and not rock.
Since then, and perhaps before, we have seen twin evils arise. Each blaming the other for their existence. Committing revenge attacks in response to real and imagined threats to their Caliphate or Caucasian identity. Claiming religious or racial purity as justification. Collecting new followers by radicalising susceptible minds wanting a cause. Creating separatist and supremacist ideologies and utopian or dystopian society worldviews, depending upon your point of view.

“The threat our societies face is so great, however, because it is a twin danger: a deadly combination of far-Right fascism and Islamist extremism….Our twin enemies are not madmen. They are driven by a purpose bigger than themselves and ideas that we must not underestimate.” – Ed Husain, Daily Telegraph, author of The House of Islam: A Global History (Bloomsbury, 2018) and a senior fellow at Civitas: Institute or the Study of Civil Society

The language of their recruiting, whether via brazen extremist preaching or hidden on message boards and the dark web, seeks to blame the ‘other’ and boast of themselves as the answer to prevent a perceived threat to their existence.

When summoned to the headteacher’s office after a fight, schoolkids would usually be challenged, “Who started it?” or was it “Six of one and half-a-dozen of the other”? How far back should we go – 9/11, Iraq, Afghanistan, Iran, Israel, the betrayal of the Arabs after the First World War, imperialism and empires, caliphates and crusades?
Whatever the origins the outcomes are clear, mutual radicalisation by further atrocity and response. Islamic State is all but decimated but it creates a power if not a revenge vacuum for disaffected and disillusioned fighters who are not deradicalised and rehabilitated. Out of Al Qaeda (1988) and its ideology has grown Al Shabab and others affiliating or aligning such as Boko Haram.
With the far right, when the BNP faded the EDL arose. From Oswald Mosley’s British Union of Fascists (BUF) in the 1930s to modern extreme nationalist movements, one fades and another arises, phoenix-like from its ashes. The UK-specific extremist right-wing parties have in common an ethnocentric identity as English or British and a xenophobic focus, often including Islamophobia, to their rhetoric – although, perhaps, rhetoric is too high-minded a phrase to describe an ancient art of discourse and persuasion.

Al-Qaeda and its affiliates and descendants vaunt the removal of all Western (and/or Judeo-Christian) foreign influences in Islamic countries leading to the creation of a new caliphate ruling over the entire Muslim world.
The hard and far-right similarly want the removal of all Middle Eastern influence (Jewish or Muslim) and an end to the immigration that, in their view, dilutes racial purity and an oppressed white-majority society.
Both extremisms promote a purity of religion or race as their fundamentalist base. They are similarly xenophobic – the hatred and ostracising of the ‘other’, whether the non-white or the non-Muslim. We’ve been there before with the Crusades and later Roman Empire in their attitudes to barbarians and infidels, essentially non-Romans and non-Christians.

Our liberal open societies – argues Ed Husain, are under threat. The moderate middle ground is being squeezed not only by radical and extreme left calls for revolution and far right wings threatening riots but by twin forces of ultra-conservatism and archaic-traditionalism that have become extreme and radicalised. They see each other as inherent evils in society and refuse to engage with each other. Liberal and centre which used to be harmonising language are now seen as the new elites and the ultimate compromisers of more radical solutions to society’s ills.
Brexit has created a new divide, over Europe, not simply Left or Right. Europe is seen as another liberal elite con creating a federalised coalition and increasingly common policies on finance, defence and foreign policy. These frustrate the feelings of independence that exist alike on the nationalist right and anarchist or anti-fa left.

Without arguing for a lacklustre liberal middle-ground, since I am more on the Left myself, we must pursue greater community and cohesion, internationalism and inclusion. To avoid the scapegoating of the ‘other’ we must engage with each other – not platforming extremisms (although putting the BNP’s Nick Griffin on Question Time worked quite well to expose the flaws in his ideologies) but exploring the ideas and issues that may lead to radicalisation.
The reasons why people become disenfranchised, embittered and emboldened, and seek out cultish groups must be examined and policies put in place to re-engage with them and the causes that lead to their extremist leanings.
A former-EDL regional organiser I know challenged his own beliefs by visiting open mosques and engaging with difference. I was a religious fundamentalist (fortunately more charismatic creationist than militant apocalypsist) and right-winger in my now thankfully distant past but keeping an open mind eventually created one.
In my experience, at least, conversation and dialogue, opening lines of communication – with those willing to discuss issues in respectful ways, can ensure that moderates don’t drift to the extremes.
We need to challenge the real fascists and not just call everyone who disagrees with us one.  The number of times I have heard “Nazi” and “Fascist” bandied around to simply describe all Leavers, or those that have economic objections to immigration, or that don’t support Muslims’ right to express their faith, or even those that critique transgender rights.
Sometimes, people seem beyond reach though, and our focus among them should be on countering all forms of hate-based violence and vitriol – online and in public – especially and particularly that which targets others based upon their religion or race, ethnicity and nationality.
We cease othering and ostracising best by encounter and engagement, meeting the human behind the label, discovering their difference but also realising our common humanity, emphasising that which unites and not that which divides.