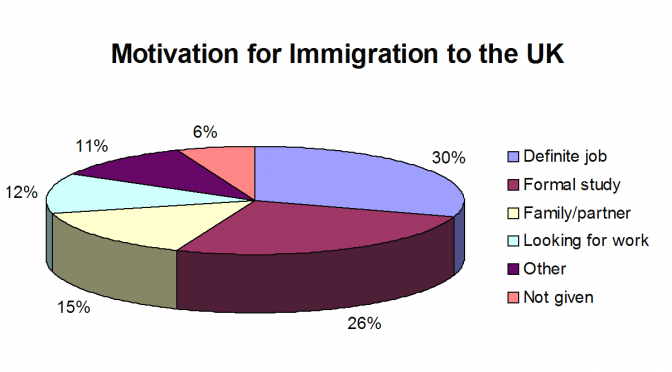 The Labour Party Shadow Cabinet Home Secretary Yvette Cooper has promised today to clamp down on immigration, yet a year ago, said Labour will not enter an “arms race of rhetoric on immigration” … yet does. What is more, she clearly believes in recycling as half of today’s speech on immigration is 13 months old.

In the polls Labour is barely a few points ahead of the Conservatives, despite their expenses debacle over Maria Miller, and is little more trusted than the Tories. Nobody trusts the Lib-Dems for having gone to bed with the Tory government in coalition leaving Nigel Farage and the further right UKIP free to wipe the floor with Nick Clegg in the TV political debates, that Labour and Conservative leaders refused to partake in. Politics and politicians are back to an all time low. So to resurrect trust, they pick an ‘easy’ subject, soft target – immigration, one on which UKIP do well at the polls, in order to gain political traction and voter empathy. If only it were not the wrong policy, feeding on fears and not hopes, as with  Clegg and Farage’s clash in the televised EU debate. Polls show UKIP on 25-29% for the European elections. 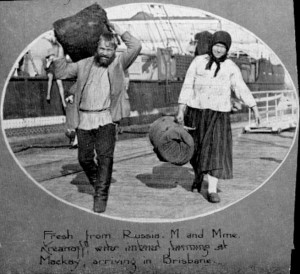 It’s also bad timing as Britain’s first Asian male, of Pakistani immigrant parents, whose father worked hard as a bus driver, so that he could become Chase Manhattan Bank’s youngest VP at 25, becomes Equalities Minister in the Government. So as someone of ‘immigrant stock’ gets to the top, Labour complain about non-graduate immigration, the very parentage from which Sajid Javid emerged.

It is another form of class discrimination to have Australian-styled points systems for immigration, to only allow in highly skilled and qualified foreigners, and to turn away low-skilled desperate working class migrants – not very socialist.

She told BBC Radio 4’s Today programme that “exploitation attracted low-skilled migrants, when the UK should actually be trying to attract university graduates.”

Labour allegedly got it badly wrong on immigration in their last decade in power, as Cooper admits today, again, “the last Labour government got things wrong on immigration”, and that they were committed to reintroducing full exit checks at UK borders, previously scrapped by the Labour when they were last in government. Not an apology as such, and not really necessary, if, like me, you believe in immigration, multiculturalism and healthy workplace competition.

Protectionist policies are actually very nationalistic and counter globalisation and international aid. People willing to enter this country at their own expense to take on low paid jobs, to literally “get on a bike” – to coin a phrase that when last said by a Tory minister, didn’t go down well – to find a job, even if in another country, should be praised not pariahed.

Socialism only for one’s own country is a nationalistic self-interest. Worldwide betterment and welfare of all would embrace anyone working to feed their family. So long as decent minimum wage controls are in place to prevent employer exploitation then a fair wage is on offer to anyone willing and able to take the job. British people should already have a natural advantage due to their location, education, and own-language fluency – should, I say, but may not due to poor education, training, mobility, motivation etc. There is no need or ethical basis to protect ‘our own’ over ‘immigrant’ competition. To do so, rubbishes the ethics of socialism and international welfare in the name of national interest – for which, read, political self-interest, a phrase that David Cameron has also repeated today, “Britain’s National Interest”, which apparently “sum up everything we are about in Europe.”

So, as Yvette Cooper claims, if Labour win, they would make the exploitation of migrant workers a crime, I wonder if she is protecting their political interest rather than the welfare of migrant workers, who in the same breath she would restrict the numbers of, which is not protecting them. The real aim is to reassure British voters that they will not have undue competition for their jobs and hence Labour votes. But even Patrick Wintour in the Guardian sees the proposal as “legally fraught … giving the state greater control over the setting of wages in the private sector above and beyond the minimum wage.”

It is already illegal to exploit migrant workers, it is just hard to enforce, and workers are unlikely to complain for fear of losing their jobs, or not knowing their rights. So Labour is not bringing in anything new, just tinkering for political gain and to reverse their reputation on immigration.

Her measures are nothing new, and the current Government are already “doubling the maximum fine for employers found using illegal workers … a four-fold increase in fines for firms not paying the minimum wage and increased penalties for landlords housing migrants in illegal premises.” Blatant employment of substantial illegal immigrant workers already merits potential jail terms of up to two years and unlimited fines.

Yvette Cooper also said, “When people go to work in other countries in Europe they don’t expect to be able to claim benefits as soon as they arrive and likewise, I don’t think people should expect to when they come here,” – that could have been said just as easily by a Tory or UKIP spokesperson. The current rhetoric on immigration is knee-jerk political fear that it will cost them votes unless they at least ‘sound’ tough on immigration, and the causes of immigration.

Yet Cooper kept harping on about not having:

“an arms race in rhetoric, but practical policies instead”

She used the same phrase 13 months ago:

“But we won’t enter an arms race of rhetoric on immigration – and we hope the Prime Minister won’t either. That’s not honest, or good for Britain.”

It seems to be her favourite soundbite of the moment, if a moment can last over a year. Today, according to the  Guardian she was planning to attack the approach of UKIP, saying that having simplistic solutions:

“ramps up the rhetoric, raises false promises and expectations, undermines trust and confidence, and creates division and hostility …”

“We won’t engage in an arms race of rhetoric, and we reject the divisive politics of the right that promotes hostility instead of building consensus .”

Last year, in the same speech, she accused the current Government of being:

“engaged in a frenzy of briefing and rhetoric“

and ended by saying:

So, all that has changed is proposals have become policies, yet the rhetoric remains the same.

Take, for instance, last December, when Yvette was still on the same song in an article she wrote in the Daily Mirror that the Government’s ministers’ had:

“ramped up rhetoric looks more like panic than plan. Instead of chasing headlines that increase concern and hostility, David Cameron should concentrate on sensible policies to help. Labour won’t join in a Dutch auction of tough language that helps no one.”

Yet that is all Cooper’s words are, “tough language”, allegedly in response to having “listened and learned”. Rather, it is all politicians fearing the rise of UKIP and losing the moral and media battle on immigration. They are listening to the polls and not their political principles, afraid of losing the next election not of making a better world for us all to live in, one with a great multicultural Britain, without racism, prejudice and phobias of several kinds.

Cooper also chooses some strange examples and stereotypes in her speech, suggesting that immigration has given us “Trinidadians on our hospital wards” and that the Norman Conquest was immigration not invasion! 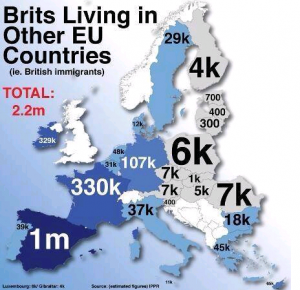 Despite some of the highest levels of immigration in Europe we also have one of the lowest unemployment figures and now the highest growth figures of all Western developed economies. So, clearly, immigration is good for us. We should not forget that over 2.2 million Brits have emigrated to Europe alone from our shores. It is time to end the “arms race of rhetoric” over immigration, by Labour, Tory, and UKIP, combatants and to start seeing immigration and multiculturalism as a blessing to British society, adding to its richness and diversity. Nobody is selling the positives of healthy immigration. 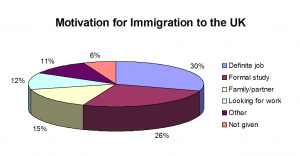 This is an edited, updated version of an article I first published here. I’ve previously written about the scaremongering over Romanian and Bulgarian immigration and the positive benefits of immigration and multiculturalism since migrants are less likely to claim benefits, more likely to contribute fiscally and 99% come here for work, education and family, not for the alleged welfare benefits.