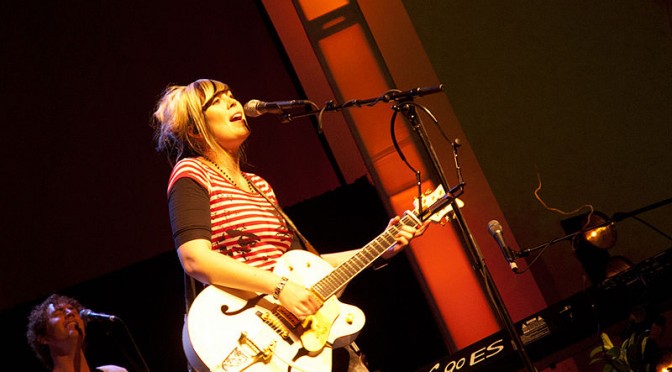 “It’s taken all my courage, and all these years, for me to finally do this interview“, tweeted Vicky Beeching, “a theologian who spends holy days with the Archbishop, whose God-fearing lyrics are sung by millions in America’s Bible Belt, [on her] coming out as a lesbian”.

It’s taken all my courage, and all these years, for me to finally do this interview: http://t.co/BKEkAuCEWS — Vicky Beeching (@vickybeeching) August 13, 2014

Katharine Welby-Roberts, the daughter of Justin Welby, the Archbishop of Canterbury, tweeted her support calling her brave, brilliant and beautiful.

“She will be liberated. She may well, through her commentating work, become a key figure in the liberalisation of Anglicanism. And she will be crucified”, writes Patrick Strudwick in the Independent.

A fraught ‘coming out’ journey

She began to speak out in support of same-sex marriage, a year ago, and since then her loving Christian American Bible belt fan base has been delivering abuse at her, saying she is deceived by the devil. Well the devil does have all the best tunes! 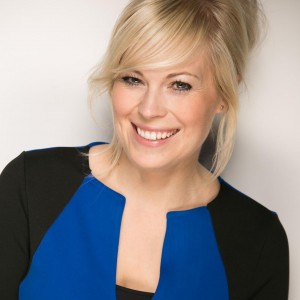 She’s also taken flack from some anti-religious members of the gay community, from reading the comments (not always an advisable thing to do) on the Pink News report of her coming out.

At 12 she was attracted to other girls and at 13 sought forgiveness, as an older teenager she experienced deliverance of the “demon of homosexuality”.

I had a similar path, a clandestine same-sex relationship at 15, repentance and forgiveness, vice-President of the University Christian Union, where we were very definitely anti-abortion and anti-gay, deliverance at 22 of my own demons of “a gender mix up in the womb”, years working for a church, as a missionary, then a theologian in a Bible School. The views I held at college I’ve had to repent of and apologise for, but it has made me more openminded and gracious towards those for whom homophobia has often been a cover up of something internalised before they themselves come out. I do believe in redemption and change, just not sure God, if he exists, is always the agent. Be the change.

In all my study of theology, Hebrew and Greek, I never really got why , until I came out, I felt such a disconnect from the God of the Church and the practice of evangelical Christianity versus the all-loving, minority accepting, class and division challenging Jesus of the Gospels. The Old Testament passage that has always stuck with me is, from of all books, Leviticus: “Love thy neighbour as yourself”, that’s the same book that appears on a surface reading to condemn same-sex practices. But the Hebrew and the history are more complex, interesting and liberating.

Beeching, herself, ended up in America, first Nashville, Tennessee then California mid-Prop 8 anti-equal marriage rallies, at which she performed her music, whilst knowing inside she didn’t agree with the message. She had record contracts with EMI’s Christian sub-division which included a “morality clause” which would have precluded her from speaking out had she been ready to at the time. This was 2008.

Then she was hit by a life-changing illness that included extensive chemotherapy. Many fundamentalists would no doubt point to this being a judgement from God, not my kind of God. However, the doctors did say it could have been triggered by trauma – Vicky felt this to be the stress of her hidden sexuality.

She’d not met an ‘out’ gay or lesbian till the age of 30. When I came out at 40, I’d never met another trans person, to my knowledge, but by then a couple of friends from university Christian Union days had come out as gay. With my own revelation, which resulted in divorce and a mid-life crisis, I soon made contact with what transpired to be more than a couple of old CU friends, who had come out as lesbian, bisexual or gay. We’d all repressed it for decades. Some, to my knowledge, still are. Some are ‘out’ but still trying to “rid themselves” of homosexuality through reparative therapy.

Beeching began to explore the possibility of coming out and met with Ruth Hunt, the now new chief executive of Stonewall, who suggested she met with some other ‘out’ lesbians including BBC newsreader Jane Hill, sports presenter Clare Balding and her former Radio 4 newsreader wife, Alice Arnold. “They said, ‘Be yourself and everything will follow.'”

But “being yourself“ is very hard with evangelical baggage and a lifetime of repression. Coming out is hard enough when school and society can be so homophobic and transphobic, but it is doubly hard when you have faith, and belong to a denomination that sees your sexuality or gender identity as sin. The pressure to conform can lead to mental health problems and deny you your free existence for years.

She has been called “the bravest” to come out, because of her conservative evangelical Christian background, by Alice Arnold in the Telegraph, but can now look “forward to writing music again, for the first time in her life with no secrets to hide.”

Those following Beeching’s blog may have seen the signs before this week’s coming out. She has been writing since April on LGBT Theology with thousands of views and hundreds of comments online.  The responses to her support of LGBT issues were to call her a “disgrace” and boycott her music, to tell her she was “no longer welcome”, how Christian! How unlike Jesus.

She recommends numerous books on her blog including Sex and the Single Savior by Dale B Martin which I’ve also read. “Martin concludes that our contemporary obsession with marriage–and the whole search for the ‘right’ sexual relationships–is antithetical to the message of the gospel.”

She also lists for reading:

Beeching bravely appeared on the 7pm Channel 4 news on Thursday and was set up against the infamous Scott Lively, the US Christian activist who has called for the criminalisation of “the public advocacy of homosexuality” and has allegedly done much to stir up the anti-gay debate and homophobic criminal justice bill in Uganda.

On C4 News, Lively said that lesbianism is something to overcome, “I’m very sorry she has given into the lie that she is a homosexual” and suggested she could be cured still, has Beeching not already tried that and acknowledged that it “fractured” her and “really messed” her up.

Lively says that all sex outside of Genesis’ “one flesh paradigm” of man and woman is “illicit”. He’s obviously  not read Genesis too well and its half-dozen sexual and relationship paradigms. “There is no such thing as a gay person, it’s an identity you adopt”, he says.

Agree to disagree on theology & sexuality but still love you?

In response the the C4 news broadcast a UK police chaplain, in Brighton of all places, has called her sexuality a choice, disagreed with her theology, and subtly dissed her via Twitter by saying that he was “Leaving [the] conversation to pray for really (italics mine) courageous people” referring to the Christians in Iraq, as opposed to her courage in coming out as a lesbian Christian. Sitting on two police equalities boards, I cannot understand how this guy can be active as a police chaplain with his biblically homophobic mindset.

In Beeching’s raw and honest interview she says that “her parents have agreed to disagree on the theology around homosexuality”, but have supported her lovingly nonetheless. My own were the same, my father at least still struggles with my so-called choices and lifestyle – of course I don’t see it as that. But over time, my mother has come round as a full-on supporter and advocate and reads everything on trans and gender in the papers, often sliding it under my father’s eyes to move him forward slowly.

Only last week I had to come out to another old college and church friend and they admitted that whilst being sympathetic to my struggle and journey they could not agree with my stance of homosexuality and transsexuality. Churches have so much to learn and it is sad that in many if not most cases they are behind the times, in terms of equality and diversity, something that centuries ago they might have once led on.

Christianity out of step with social equalities evolution

Certainly, at times, Christianity has been groundbreaking in its attitudes to and liberation of women and slaves, removing and equalising barriers of class and race. Yet on sexuality it is as if it is still stuck in the dark ages and is Christianity’s last great taboo and the cause of an exodus from the church as it is seen by the young as irrelevant and just plain wrong on LGBTIQ issues.

It has led to my agnosticism now, but I can’t let go of the radicalness of Jesus’ love and inclusion 2000 years ago. Beeching has written a foreword to the book on “The Liberating Truth: How Jesus Empowers Women” – Jesus may do, but the Church does not. The Church of England has finally agreed to women bishops nearly a century after women got the vote! Catch-up for G*d’s sake, Jesus was a feminist, don’t you know?

If only the Church were more like Jesus. Beeching, remains committed to the Church and “rather than abandon it and say it’s broken, I want to be part of the change”, she says.

I’m off to Greenbelt, next week, the only Christian festival that I know of that embraces doubters, atheists, LGBTI people, it even welcomes evangelicals! It is inclusive of a diversity of people and opinion. Vicky will be speaking there and chairing a panel on equal marriage. Sinead O’Connor, who came out as a lesbian back in 2000 and is now more label-free, will be performing too.  For one of the most recent interviews with Sinead see PrideSource. At least Vicky has now found her own “liberating truth”, freedom at last.