Intersex Awareness Day is a vitally needed awareness that every day, not just 26 October, babies are born different, not disordered, and they have the human right not to be operated on against their will. The first Intersex Awareness Day (IAD) came about when the American Intersex group Hermaphrodites* with Attitude (HWA) teamed up with the US trans group Trans Menace (named after the lesbian women’s movement Lavender Menace in turn reclaiming former “red” and “yellow menace” US propaganda movements of the 1950s and 60s) to picket an American Association of Paediatrics (AAP) conference in Boston on 26th October 1996.

As with trans, intersex people have long resented and resisted the medical pathologisation that comes from the International Classification of Diseases (ICD) and the US DSM, now on version 5 which refers to intersex persons as having “Disorders of Sex Development” (DSD**). Whilst this may sound like a logical description, the word “variation” rather than “disorder” would be less pejorative and more accurate to nature.

*Most intersex people reject the term hermaphrodite, but a few are seeking to reclaim it. **Even more reject DSD, few are attempting to reclaim that.

My Sex and Gender Story

I was misgendered at birth for a mere hour or so, had minor genital surgery at 5 for an apparently unrelated issue, suffered more than 6 years of intrusive and dehumanising paediatric investigations for delayed atypical puberty development and growth issues. As an adult I continue(d) to grapple with my gender and sexual identity which were further confused by ongoing underlying sex differences that meant I never felt fully a part of male, female, trans, or GLB identities and communities. Not belonging and yet feeling pushed and shoved, sometimes literally, into one sex/gender or another has been an exhausting journey and one I am still not at the end of, and may never yet arrive – at least at times I am beginning to enjoy the exploration. What I hope for, campaign for, educate about, is an increased awareness of sex/gender variation and the increasing comfort of self and society with difference and diversity.

Intersex conditions may only be initially visible at birth for 1-in-2000 babies but can affect up to 4-in-100 people, often discovered later in life, at puberty, or whilst trying for a child, for example. Many may never even know. US Hospital Johns Hopkins psychologist and sex researcher John Money suggested that up to 4% of people are born with ambiguous genitalia whilst Professor of Biology and Gender Dr Anne Fausto-Sterling in Sexing the Body: Gender Politics and the Construction of Sexuality (2000) thought 1.7% a fairly accurate figure based upon combining the prevalence of differing conditions. Dr Sharon Preves, author of Intersex and Identity: The Contested Self (2003), says that “the frequency could be as high as 4%”.

What is intersex? It is being born with primary and/or secondary sexual characteristics that are not clearly or typically male or female, although may have characteristics of both. Complete hermaphroditism, an old disused and disparaged term (though being reclaimed by some), having the complete organs of both genders, is extremely rare.

There are some 80+ intersex variations covering physical organs, chromosomes, and hormone levels that can further result in atypical secondary development. Being male and female is not a simple case of X and Y, or rather XX and XY, cases of XXY, XXYY, or indeed XXXXY exist, not to mention XO or XXXX, and that is just a few of a more than a dozen chromosome differences, some of which have names such as Klinefelter Syndrome (1-in 500 births, also male tortoiseshell cats) or Turner’s Syndrome. Androgen Insensitivity Syndrome (AIS) has several variations itself and as its name implies is based around atypical masculinisation and hormone development. Chimerism or mosaicism can see people with differing DNA at cellular levels, almost like an internal twin at the simplest form of development, resulting in some cells being XY and others being XXY, for example.

Intersex and the Media

We hear about intersex in the news mostly when athletes have their biological sex challenged. South African athlete Caster Semenya was literally dragged through the media whilst her sex/gender was investigated. Some radical feminists such as Germaine Greer never seem to “get” transwomen, similarly they are bulls in a china shop when discussing intersex, derogatorily describing Semenya as “Big, blokish and bloody fast” with an “unfair biological advantage”.

After the London 2012 Olympics, in order to continue to compete “as women”, four athletes raised and thought to be typical women from birth but subsequently discovered to have XY chromosomes had pressured surgery to remove internal testes. They were deemed to have a physical advantage from the increased testosterone in them. To all extents and purposes they were and are women, but with invisible to the naked eye XY chromosomes and an increased muscle mass. Yet, muscular XX women exist too. Perhaps in some sports we need more than 2 genders or body types, much as in competitions, like boxing, based upon competitor weight and stature.

The main fight of intersex activists is against early surgical interventions, the tendency for doctors and indeed some parents to want the child to resemble as near to one sex/gender or “the other” as possible. In the past that meant making a lot of girls since surgeons used to inappropriately quip, “it is easier to make a hole than a pole”. The Organisation Intersex International (OII), founded in 2003 by and for intersex people, has as its mission “to attain human rights for intersex infants, children, and adults, particularly the right to bodily integrity and self-determination.”

Activists prefer a child to be allowed to grow up free from sex/gender straitjacketing, shoe-horned into one or other, instead preferring free self determination via non-intervention, hormones and/or surgery as maturely requested. Worldwide, every year, 1000s are operated on to conform to binary gender “normality”.

“Many intersex people are perfectly happy with being men or women and more and more of us are quite happy being intergender and find the notion of trans totally foreign to our identity because we are rejecting binary sex and binary gender altogether and the prefix ‘trans’, just like the prefix ‘bi’‚ keeps the binary well intact.” – OII USA

Sex and gender as constructs, societal and surgical

Gender and sex are far more than the feminists’ gender construct or the medics’ surgical one. Sex and gender are at work in us on so many levels from cells to hormones, bodies to brains, appearance to identities. The ongoing studies of sex, gender and sexuality, continue to indicate that we are more than biological essentialism or societal construction. We all share a physical similarity, in that in the womb for the first 7 weeks we all look pretty much the same – then hormones hit us and depending upon chromosomes and hormone receptors we develop differently – but not only and exclusively into two sexes/genders as traditionally understood or defined. We are ourselves, not male and female but fifty shades of male and female. A diversity to be celebrated, not disordered and dissected. 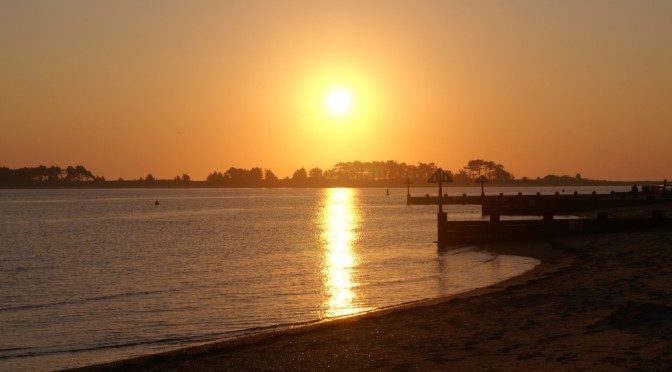 The theme of National Poetry Day this year is “light”, and so, living in a wood, where dawn creeps up through the trees until it bursts forth through my windows, I attempted a poem – I am not a poet!

I could sit and improve its scanning – which like my musical and non-musical timekeeping may be distinctly lacking, dig deep into my befuddled brain for more graceful and curious words, use less lustful alliteration, or just enjoy the creative process. And so, it will suffice. Writing as a process, especially the cathartic and therapeutic, is often best enjoyed imperfect and half-constructed like just being present and watching, rather than trying to capture, a sunrise before it is gone. I enjoyed writing it, that’s the important point.

More than that, it helped restore a fear of poetry had since school. I know I can write, non-fiction that is, I even have a sketched out dystopian fiction I’d like to write – but don’t yet trust my ability. But, poetry – that was killed off in school. I’ve written only one other in 30+ years.

It sounds best – as all poetry should, read aloud – with a dictionary on hand afterwards to look up the stygian definitions of Cimmerians, caliginous and crepuscular if they are new to you!

I was inspired listening to a BBC Radio 4 recitation in Middle English by Kaiti Soultana from Sir Gawain and the Green Knight. Just beautiful.

I now want to spend the day listening to Dylan Thomas. Poetry, like rugby, seems to be best played by the Welsh!

The photos were taken by me at dawn during the Paint Out Wells sunrise ‘paint out’ at Wells-next-the-Sea Norfolk. I’m better at photography than poetry!