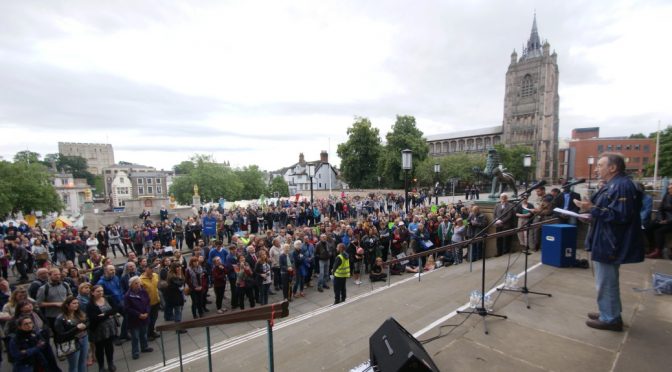 Rebecca Tamás organised a rally of over 400 people on 12 July outside Norwich City Hall, with a dozen speakers across cultures and continents, writers, politicians, faiths, artists, academics and activists, as well as the daughter of the Eastern European village shop on Magdalen St that was arson attacked on 8 July. The purpose of the gathering was to affirm the city’s welcome of migrants, refugees and all its international communities. Norwich is a city of refuge and literature to everyone with a story, a safe place for future chapters to unfold, even if there are isolated incidents of hate or racism, Norwich remains a fine city where the community responds to hate with love, to darkness with light.

Hungarian-British UEA PhD student and organiser of the rally
Rebecca Tamás described the event as:

“a testament to the power of love and inclusion” – UEA Concrete, interview

In the same post-rally interview I said that:

“Nobody can say there’s even such a thing as ‘English’, let alone ‘British’ or anything else: we are already a melting pot of different cultures and backgrounds, bloodlines and everything. But it’s about, even more than ever, despite that background, recognising that we are part of a global village. And it is this bigger picture we often miss: the fact that we are all human beings whose duty it is to always watch out for our fellow humans… at the end of the day, it is about stories, we have personal stories and people have community and country stories, but it’s having the freedom to have your own story, the freedom to then tell that story to others, to be heard and to be recognised.” – UEA Concrete, interview

We are all migrants. We are all story-tellers. We are all humans. We deserve the same opportunities, the same love, and the same respect. And, at the end of the day, it really is as simple as that.

Hate is taught and caught, not born with, children begin life accepting everyone until we teach them otherwise, it is good for, particularly young people, to be out demonstrating a positive response to diversity and difference, rather than the rise in xenophobia and hate crime witnessed post-Brexit vote.

An excellent summary of each speaker’s main points can be found on Tony Allen’s blog.

Text of my opening speech

The UK and, indeed, East Anglia have long traditions of immigration. We currently have some 8 million foreign-born people in the UK, about 1-in-8 of us. But, more than that, many of us, if not recent migrants, have Roman, Viking, Norman, Saxon, Dutch, African, Caribbean or Indian ancestors.

Ironically, Brexit Boris Johnson has Turkish and Franco-German ancestry and was born in the USA so is included in that 8 million figure! Unless you want to class bombastic British Boris as foreign, the actual number is nearer to 5 million, or about 1-in-12 people.

Whatever the figures, though, the important thing to recognise is that we live in a global community, locally expressed.

It is community cohesion and communication we need to build to counter fear, hate, and prejudice.

My partner is Dutch and my family name has Dutch emigrant roots. In the 16th century Norwich welcomed Dutch and Flemish ‘Strangers’ till they made up a third of our population, bringing new skills that enhanced our then status as England’s second most prosperous and prestigious city.

Before that, back in the 12th century, Norwich was 7% Jewish but after the killing of a teenager, posthumously to become St William, that was falsely blamed on the local Jews, and so began the Blood Libel. A persecution and killing of Jews that spread across East Anglia and to Europe, from our fine city of Norwich. By the end of the 13th century all remaining Jews had been expelled from Britain.

In addition, slavery, empire, and commonwealth’s, often coerced, contributions to wars, trade, and labour, mean that Britain’s success owes a moral debt to people from around the world. Economically we have, and continue to thrive on, migrant people’s hardworking and entrepreneurial spirit. Economic studies show that immigration is a net benefit, that immigrant people are more likely to be in work or starting their own trades, paying tax, and not claiming benefits, than people of longstanding British heritage.

Whether people come to Britain fleeing war, terrorism, homophobia, transphobia, or poverty, they are all fleeing a threat to life, liberty, or livelihood. Even poverty is a slow death and until #Brexit we were the 5th most wealthy economy in the world after Germany which has twice the percentage of migrant background population. We are fully able to sponsor and support asylum seekers, refugees and even so-called economic migrants.

What we have to do is engage with British communities that bear the greatest new influxes so that integration is successful. London with over a third foreign national origin people is a successful example after more than 60 years of immigration, Boston and Great Yarmouth, among others, need time to adapt.

That means that grants and benefits need to fall upon domestic as well as international communities in those areas. It means increased spending on schools, the NHS, and community services, not austerity which falls hardest upon the poor. Doing this will reduce societal division, fear, hatred, jealousy and suspicion.

Hate crimes have surged by 42% in England and Wales since the Brexit result, over 200 a day, the worst rise on record. Three race hate crimes an hour is three too many, especially when nine more per hour go unreported.

The UK needs to be at the forefront of offering opportunity and safety to all. Freedom of belief, expression, identity and speech, alongside freedom from poverty, persecution, FGM, homophobia, forced marriage, racism, and torture, these are the very foundations of a truly forward thinking country and culture.

Our Home Secretary will become our Prime Minister tomorrow, unopposed. She herself, though, has opposed immigration and despite after much petitioning reviewing asylum seeker processes continues to preside over conditions and interrogations of refugees that demand they prove their sexuality and threats at home in invasive ways.

Theresa May may have Tory ‘Maymentum’, and Momentum may have a meeting tonight amidst Labour’s leadership woes, but we here in Norwich have migrant momentum, maintaining Norwich’s place as a growing city of cultural and international diversity, safety, and welcome. Here’s what the City Council have to say:

“we, as people of Norwich, should be reminded and encouraged to take pride in our ethnic and cultural diversity and rejoice in what we can share with and learn from others. Above all, we should be on our guard against anything or anyone who sets out to destroy it. As an institution (Norwich City Council), which is an integral part of city life, we once more declare our abhorrence and utter rejection of any form of injustice and pledge ourselves anew to celebrating cultural diversity and to ensuring that all members of our city feel nurtured and embraced.” – NCC statement 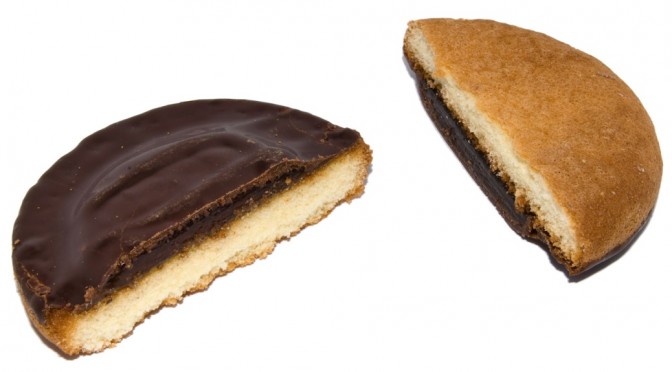